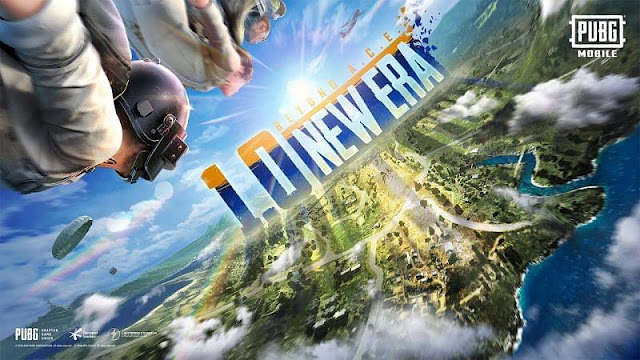 PUBG Mobile has official launched a new version of PUBG Mobile 1.0 update today i.e 8th September globally for both Android and iOS versions. This latest version has to be downloaded from the Android Play Store as well as from Apple Play Store. The live servers are now available.

In this PUBG 1.0 Update several new features are updated such as the users will get New Weapons, access to Erangel 2.0 map, Cheer Park 2.0 and much more. The players are so anxiety to play this new Era of PUBG Mobile.

Update 1.0 and New Erangel is now being rolled out on Google Play and the iOS App Store 💥! Lock, load, and get ready to discover a New Era 🛫 .

The size of the PUBG Mobile 1.0 update is 1.5 gb for android versions and 1.0 gb for iOS versions. The new update are available in play stores can download from their directly.

And also the PUBG Mobile 1.0 Update is available in Apk files and OBB files.

The new update will get many elements like Abandoned tanks, Forgotten Trenches, Mansion Prison, Tree- Trunk Barriers, Sosnovka Military Base, Mine Zone, Mylta Power and new bunkers. Ultra HD will also be supported in the new update.

We all know recently the Indian government put a ban on PUBG Mobile and PUBG Lite games. It was removed from the play store in India. PUBG has more than 200 million user globally in that 50 million from India.